How your unique story can get you hired | The Way We Work, a TED series

When searching for a job, you may feel like you're not good enough or qualified enough to get it. But you are. Here's how to take your doubts and struggles and turn them into strengths, according to Aimée Eubanks Davis, founder and CEO of Braven.
Posted by Jennifer House Coaching at 8:42 AM No comments:

Reaching Out To Help Grow Your Business

Group training is one of the areas that I specialize in. By engaging in regular, structured conversation with a "client": an individual or team who is within a business, profit or nonprofit organization, institution or government and who is the recipient of business coaching a business coach can take your business from where it is now to where the business owner wants it to be.

A business coach will assist and guide the business owner in running a business by helping them clarify the vision of their business and how it fits in with their personal goals.

In this interview, Elon Musk explains why too many MBAs are bad for companies. He also criticizes current American CEOs. He also describes how to run a company effectively and make great products.
Posted by Jennifer House Coaching at 12:22 PM No comments: 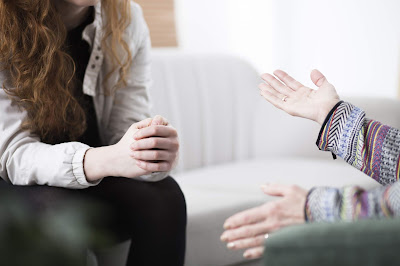 Life coaching is a relationship between a client, working together with an accredited life coach, designed to tap into your full potential. The perfect life coach can help you reach your biggest goals and dreams.

Some of my coaching is in partnership with The Butterfly Element. Their Mission is to Enhance, Empower, Encourage and Embrace families who are in a transition period due to downsizing, moving, or reorganizing their lives. We provide them with services to help put forth the steps of reinvention for their future.

See more at https://jenniferhouse.net
Posted by Jennifer House Coaching at 8:30 AM No comments:

Gaining Control Of Your Free Time!

There are 168 hours in each week. How do we find time for what matters most? Time management expert Laura Vanderkam studies how busy people spend their lives, and she's discovered that many of us drastically overestimate our commitments each week, while underestimating the time we have to ourselves. She offers a few practical strategies to help find more time for what matters to us, so we can "build the lives we want in the time we've got."
Posted by Jennifer House Coaching at 8:27 AM No comments:

The Value Of Reaching Out For Other Perspectives 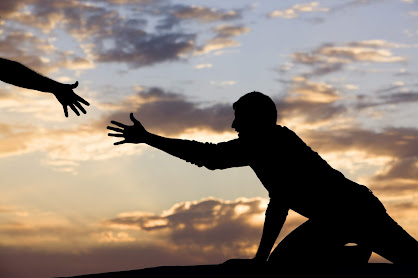 We all have a lot going on in our lives and I also know that we can all use some help from time to time. Realizing and accepting that can be transforming.

Sometimes for a range of reasons, we may resist reaching out and stop looking for solutions to our perceived problems or our feeling of being stuck. Yet, by not reaching out, we are destined to stay in that place when asking for help could propel us to new and unknown heights and happiness.

Whether you want to grow your business, get on a more rewarding path personally, or just want some ideas to feel better about yourself, making a decision to reach out and ask for some help is a great thing to do.

How to have constructive conversations | Julia Dhar

"We need to figure out how we go into conversations not looking for the victory, but the progress," says world debate champion Julia Dhar. In this practical talk, she shares three essential features of productive disagreements grounded in curiosity and purpose. The end result? Constructive conversations that sharpen your argument and strengthen your relationships.
https://jenniferhouse.net/
Posted by Jennifer House Coaching at 2:30 PM No comments:

4 lessons the pandemic taught us about work, life and balance | Patty McCord

The COVID-19 pandemic changed the way we work for good. Can it also change it for the better? Consultant Patty McCord reviews four key insights employers and employees alike gleaned from their shift to working from home -- and shares how companies can use what they learned in lockdown to creatively and innovatively rethink how we do business.
Posted by Jennifer House Coaching at 11:17 AM No comments:

The key to work is play | Caitlin Quarrington

“When we create cultures of play, we can really transform the ways we view work itself.”
In this talk educator, Caitlin Quarrington explores the role of play and playfulness in work, and her discoveries might just improve your outlook on your job and your classroom. Making space for play not only helps ensure emotional well-being, but it also helps improve creative output.
Posted by Jennifer House Coaching at 7:53 AM No comments:

"Acknowledge Your Positive Past:
Because the brain more easily remembers
events that were accompanied by strong emotions,
most people underestimate and underappreciate
the number of successes they've had
in relation to the number of failures, they've had.
One of the ways to counteract this phenomenon
is to consciously focus on
and celebrate your successes."


Jack Canfield's book, The Success Principles contains 64 principles to success and all are short enough to read in a few minutes, come back any time, or just open the book where ever you might like and pull out a gem of wisdom.

This one is great because he says that we are trained in this pattern early with our parents and in grade school. A lot of people get upset if we don't perform properly and punish us or yell at us to help guide us to do better, but what really happens is we become more emotionally involved in the failures and that makes it seem sometimes that we have more failure than success.

Jack says, "the sad truth is that we all have many more victories than failures--it's just that we set the bar too high for what we call a success." He goes on to talk about a participant in one of his programs who told that he left Iran for Germany where he learned the language and became an auto mechanic. Then he had the opportunity to come to America, learn English, and was learning how to be a welder, but he thought he was not a success. Come to find out, his idea of success was having a home in Beverly Hills and driving a luxury car! Yet, to many others, his life was an ongoing massive success.

Jack talks about creating a Victory Log, which can be a fancy leather-bound diary or a spiral notebook. It is just something that you record your successes or victories regardless of the size of them to later show how many you have. Success needs to be reinforced.

He adds to display your success on a success wall and look at it often. Make it so that your successes, however minor they may seem to get the attention they deserve, or rather, you deserve to create in each of us a stronger and more risk-taking self-esteem. It's not about bragging, it's about putting things in perspective.

We may as well let our successes lead the way.
Posted by Jennifer House Coaching at 10:30 AM No comments: