Reaching Out To Help Grow Your Business

Group training is one of the areas that I specialize in. By engaging in regular, structured conversation with a "client": an individual or team who is within a business, profit or nonprofit organization, institution or government and who is the recipient of business coaching a business coach can take your business from where it is now to where the business owner wants it to be.

A business coach will assist and guide the business owner in running a business by helping them clarify the vision of their business and how it fits in with their personal goals.

How to speak so that people want to listen | Julian Treasure

Have you ever felt like you're talking, but nobody is listening? Here's Julian Treasure to help you fix that. As the sound expert demonstrates some useful vocal exercises and shares tips on how to speak with empathy, he offers his vision for a sonorous world of listening and understanding.
Posted by Jennifer House Coaching at 10:50 AM No comments:

Acknowledge Your Positive Past

"Acknowledge Your Positive Past:
Because the brain more easily remembers events that were
accompanied by strong emotions, most people underestimate
and underappreciate the number of successes they've had
in relation to the number of failures, they've had.
One of the ways to counteract this phenomenon is
to consciously focus on and celebrate your successes." 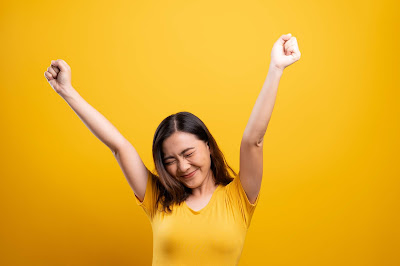 Jack Canfield's book, The Success Principles, contains 64 principles to success and all are short enough to read in a few minutes, come back any time, or just open the book where ever you might like and pull out a gem of wisdom.

This principle is great because he says that we are trained in this pattern early with our parents and in grade school. A lot of people get upset if we don't perform properly and punish us or yell at us to help guide us to do better, but what really happens is we become more emotionally involved in the failures and that makes it seem sometimes that we have more failure than success.

Jack says, "the sad truth is that we all have many more victories than failures--it's just that we set the bar too high for what we call a success." He goes on to talk about a participant in one of his programs who told that he left Iran to Germany where he learned the language and became an auto mechanic. Then he had the opportunity to come to America, learn English and was learning how to be a welder, but he thought he was not a success. Come to find out, his idea of success was having a home in Beverly Hills and driving a luxury car! Yet, to many others his life was an ongoing massive success.

Jack talks about creating a Victory Log, which can be a fancy leather-bound diary or an inexpensive common spiral notebook. It is just a tool where you record your successes or victories regardless of the size of them to later show how many you have. Success needs to be reinforced.

He adds to display your success on a success wall and look at it often. Make it so that your successes, however minor they may seem initially get the attention they deserve, or rather, you deserve, to create in each of us a stronger and more risk-taking self-esteem. It's not about bragging, it's about putting things in perspective. We may as well let our successes lead the way.
Posted by Jennifer House Coaching at 3:00 PM No comments:

Our world isn’t perfect. Our work won’t be perfect.
Posted by Jennifer House Coaching at 11:20 AM No comments:

Looks aren't everything. Believe me, I'm a model. | Cameron Russell

Cameron Russell admits she won "a genetic lottery": she's tall, pretty and an underwear model. But don't judge her by her looks. In this fearless talk, she takes a wry look at the industry that had her looking highly seductive at barely 16-years-old.
Posted by Jennifer House Coaching at 11:03 AM No comments:

In our louder and louder world, says sound expert Julian Treasure, "We are losing our listening." In this short, fascinating talk, Treasure shares five ways to re-tune your ears for conscious listening -- to other people and the world around you.
Posted by Jennifer House Coaching at 11:00 AM No comments:

No Such Things As Business Ethics?

"When people go to work
they shouldn't have to
leave their hearts at home." 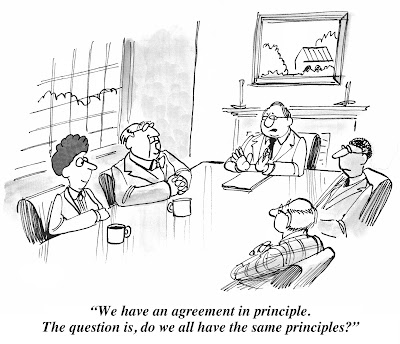 It's easy to get caught up in the idea that this isn't personal, it's just business. It's as if we can somehow get out of our human bodies and become this other entity called a business. That seems ridiculous to even think about.

Leadership master, John C Maxwell published a little book in 2003 with a very interesting title. The title is There's No Such Thing As Business Ethics. In the preface, he says, "There are no such things as business ethics--there's only ethics. People try to use one set of ethics for their professional life, another for their spiritual life, and still another at home with their family. That gets them into trouble. Ethics is ethics. If you desire to be ethical, you live it by one standard across the board."

In the second chapter, John Maxwell discusses one of the greatest guidance systems ever conceived: The Golden Rule. It is commonly stated as doing unto others as you would have them do unto you.

Following your heart and living by The Golden Rule? Isn't that the same thing?
Posted by Jennifer House Coaching at 12:03 PM No comments:

How your emotions change the shape of your heart | Sandeep Jauhar

"A record of our emotional life is written on our hearts," says cardiologist and author Sandeep Jauhar. In a stunning talk, he explores the mysterious ways our emotions impact the health of our hearts -- causing them to change shape in response to grief or fear, to literally break in response to emotional heartbreak -- and calls for a shift in how we care for our most vital organ.
Posted by Jennifer House Coaching at 10:49 AM No comments:

Transforming The Wall Into A Pathway

"Everything in your life is there
as a vehicle for your transformation.
Use it!" 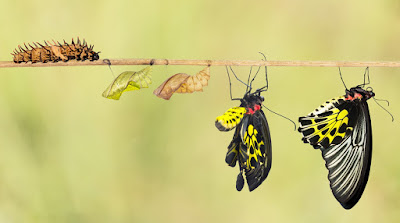 Some may go to a powerful motivational event and come out feeling transformed, and in some cases, it might last, but Tony Robbins says it will only last if they develop renewed strategies and daily rituals that will move their lives forward in a more effective, and pleasing way.

We all have walls, I think. We build them to protect ourselves. Some were built at a very young age, others have been built in the interim. None of the walls are really helpful for our psyche, and coming to the conclusion that something needs to change can lead us on a path toward transformation. Once transformed, it is a little like being born again, and now if we don't want to go back where we were, we need a new focus toward how we live in the moment and where we are going from here.

It seems that we all want change but we may unconsciously resist it at the same time. We want better, but we get to a point where holding on to our familiar pain has become a badge of courage, a treasured blanket, our favorite hiding place, and more. We then see change as hard. We feel that breaking down those walls is too much for us. These are all illusions, of course. We only have to give ourselves permission to let go and to move into a more pleasant and fulfilling place. Others can help us do that by reminding us that we do have that power and then encouraging us to make use of it.

It may be time to let go and transform! And, what can often be a huge benefit is reaching out to someone who can help you improve your perspective and support your transformation. Call Jennifer House at 530-310-6123 and let's start the dialog. Who knows? It could be a life-changing decision!


Posted by Jennifer House Coaching at 10:39 AM No comments:

"People are often
unreasonable and self-centered.
Forgive them anyway.

If you are kind, people may
accuse you of ulterior motives.
Be kind anyway.

If you are honest,
people may cheat you.
Be honest anyway.

If you find happiness,
people may be jealous.
Be happy anyway.

The good you do today
may be forgotten tomorrow.
Do good anyway.

Give the world the best you have
and it may never be enough.
Give your best anyway." 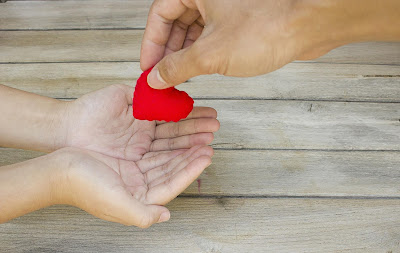 It is so easy to use other people and what they do, what they like and dislike, their opinions and beliefs as excuses for us stepping outside our own personal integrity.

Better to lose everyone else's respect than our own for ourselves. Act on your own conclusions of what is right and be led with a clear heart.
Posted by Jennifer House Coaching at 1:05 PM No comments:

Accomplish Everything With Mini Habits

Most of us don't manage to do everything we want to do in any given day. We only have a certain amount of time and energy, so some things inevitably get left behind. Can you manage practicing the piano, reading books, meditating, and exercising every single day, while working a day job?
I can and you could as well. Today, I would like to share a method I’ve found to be extremely helpful for managing all these competing goals.
It's called: Mini habits.

Want to learn more about this topic? Get the book "Mini Habits" by Stephen Guise.
Posted by Jennifer House Coaching at 1:14 PM No comments: